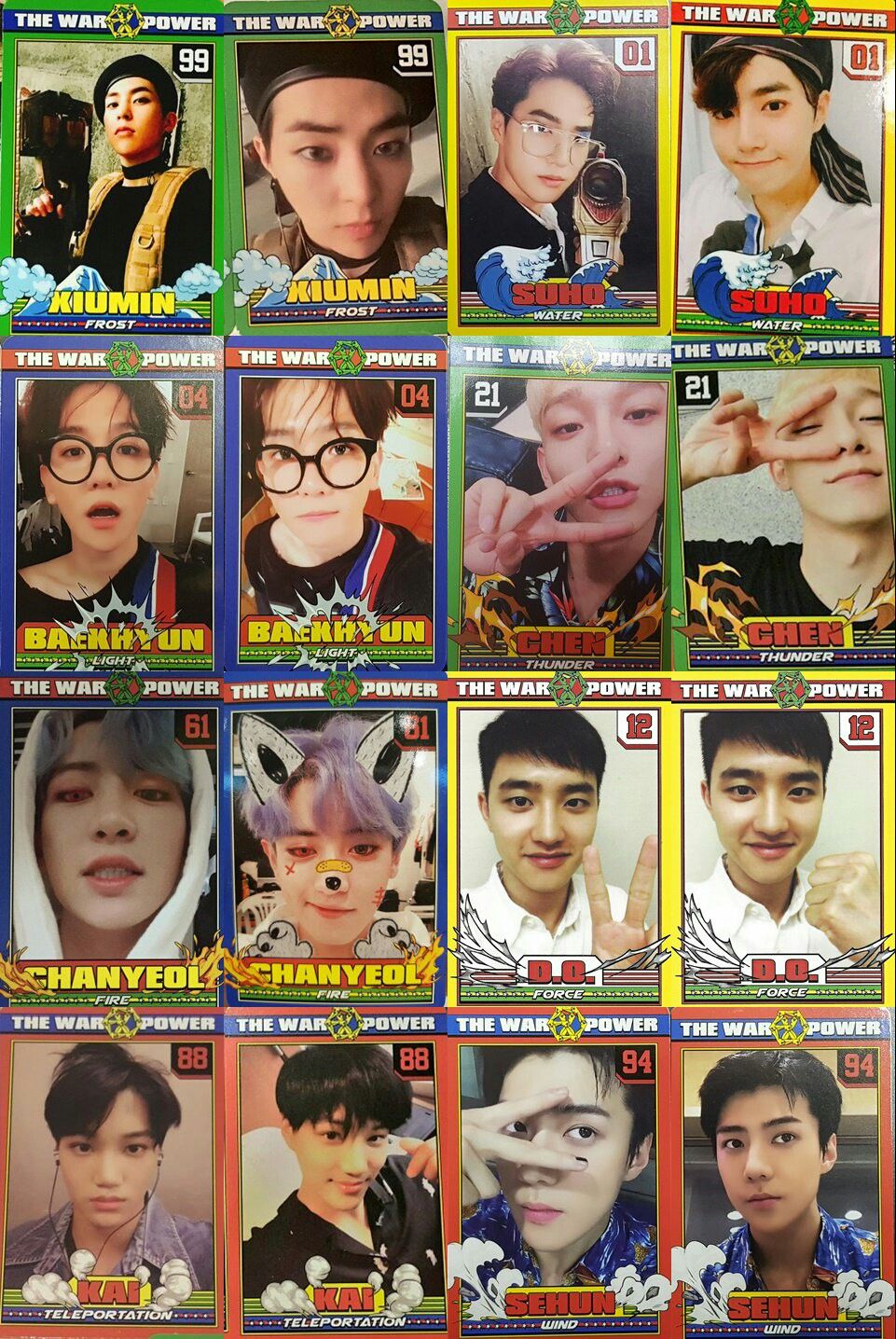 The War: The Power of Music (repackage album)

The War: The Power of Music

The War: The Power of Music is a repackage of EXO's fourth studio album The War.

On August 21, S.M. Entertainment confirmed that EXO will release a repackaged album in early September.

On August 29 at midnight, S.M. Entertainment shared a video entitled The Power of Music #Parallel_Universe, which features EXO having fun in a retro family room.

On August 30, S.M. Entertainment revealed more details of the band's fourth repackaged album which entitled "The War: The Power of Music". The main track of the group is titled "Power", and is described as an addictive electronic dance music track that energizes you with dynamic synth sounds and drum rhythms. The album will feature two new songs in addition to the main song, along with the nine original songs that were included in "The War", making a total of 12 songs.

On September 1, The new album will contain a comic book cover, CD, character card, double card, random card, group card, manual, poster and a graphic novel comics page. There are 16 random cards, and each album will only contain one. There will also be a random page of possible page comics, and for the first 1, copies produced from the album, there will be a special hologram cover of two possible covers.

On September 4, S.M. Entertainment released a teaser video for the main song of the group "Power", the video shows the members on another planet in the universe fighting with enemy forces.

On September 5, EXO made their comeback and will be promoted after the group's previous track, "Ko Ko Bop". The new MV seems to be a part of an extended story from which EXO has been publishing tracks in their previous releases and concerts, with references to the "powers" of their past music videos.

The group's repackaged album "The War: The Power of Music" was released on September 5. Along with the main song topping the digital charts in real time, the album also swept the daily charts of physical sales on Korean platforms such as Hanteo and more.