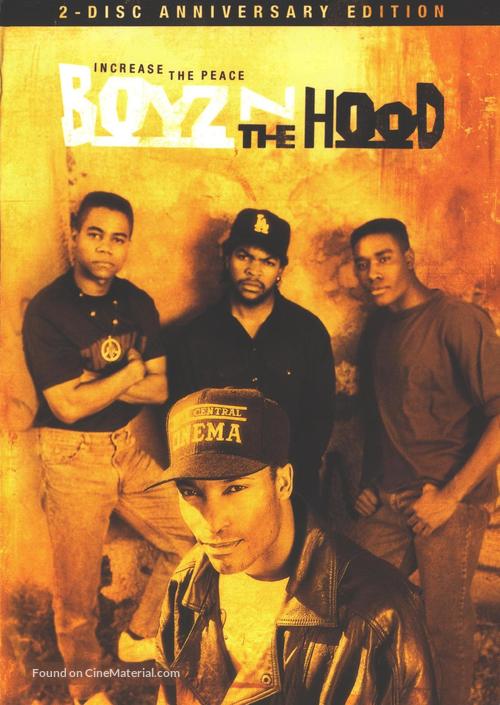 John Singleton's intensely powerful Boyz 'N the Hood is another film that deserves more than it gets on DVD. This disc does include both a full frame and preferred widescreen transfer, framed at and anamorphic, but neither looks spectacular. Dark scenes are solid and hold up well, with no breakdown, but the remainder of the film often seems soft and lacking in detail. This could be the fault of either the film's low budget or a lackluster authoring job. The sound is also somewhat weak, with an English Dolby Digital surround track that is hallow most of the time, and never shows any sort of dynamic range. Also available are surround tracks in Spanish and French, with subtitles in all of the same languages. As for extra materials, this disc offers nothing more than a trio of trailers, all with a Cuba Gooding Jr. theme, one for this film, and also for As Good as It Gets and Jerry Maguire. With such a powerful directing debut, where is a commentary from Singleton? Likewise, with a subject so controversial (at least when it was originally released), why not a documentary, if not on the making of the film, then on the real situation in respect to gangs? There is so much that could have been done, all one can do is hope for the almost inevitable special edition.